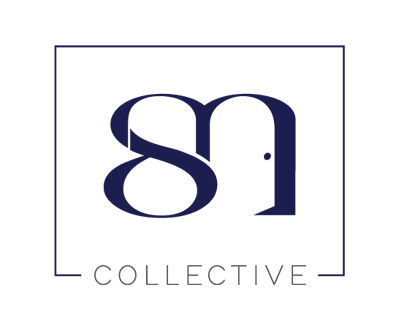 Chinese Singaporeans are the city’s largest ethnic group and so the Luna New Year is celebrated with great fanfare.The vibrant enclave of Chinatown, the neighbourhood of both KeSa House and Ann Siang House, is at the heart of festivities and events that stretch out across Singapore.

The festival surrounds the second new moon of the winter solstice, falling between late January and mid-February and aligns with the Chinese Zodiac that assigns an animal to each year in a repeating 12-year cycle.

Get ready to stimulate the senses this February with festive celebrations, foodie pop-ups, a little degustation of love and some garden beats to throw into the mix.

2219: Futures Imagined
Art Science Museum, Until 5 April
Take a glimpse into the future of Singapore two centuries from now through this interactive exhibition marking the little red dot’s bicentennial. Be awed as you uncover the possibilities of our future against the backdrop of climate change, human innovation, and lack of biodiversity.

Pongal Festival
Little India, Until 9 Feb
Pongal is a traditional Indian harvest festival that charms with its colourful intimations of an age gone by. It is celebrated from 10 Jan to 9 Feb, in Little India, Singapore with many celebrations such as performances, workshops and hands-on activities. Explore the famed streets such as Campbell Lane where the street is transformed into a pedestrian-only cultural enclave, with a variety of mini stalls and daily Pongal-themed performances available every day.

The Singapore Air Show
Changi Exhibition Centre (CEC), Trade: 11 – 14 Feb, Public:  15 - 16 Feb
Network at Asia’s largest aerospace and defence event through conferences and dialogues with the industry’s leading players. For the general public, you’re in for a treat as well! Enjoy the exhilarating Airshow put up by aerobatic flying teams and get a closer look at the latest commercial and military aircraft on display.

In celebration of Earth Day 2020

Every year on the 22nd of April, we come together globally to promote environmental awareness and how to protect our beloved planet in our everyday lives - Earth Day serves as a conscious reminder of the fragility of our planet, and how important it is to protect it.

Now, more than ever, it’s important to show those we love, how much we care, and with Mother’s Day just around the corner (reminder: 10th May), we’ve got some thoughts on sharing the virtual love. Here are 5 ways you can treat ‘Mum’, ‘Ma’, ‘Mummy’ this Mother’s Day:

We may not be able to look after you in person but we can provide some tips & thoughts from 8M Collective friends on keeping calm and staying happy and healthy in these challenging times.

And who better to chat to than Charlotte Mei, Nutritionist, Foodie and Presenter of a fabulous YouTube food series The Charlotte Mei, providing simple and delicious healthy recipes.

As unbelievable as it sounds, we’ve been in isolation mode for well over two months now. And as we slowly regain a sense of normalcy, we thought you might appreciate some tips to keep your spirits up while transitioning into the ‘New Normal’.

This week we chatted with the always up-beat Shireena Schroff Manchharam, Life and Happiness Coach.